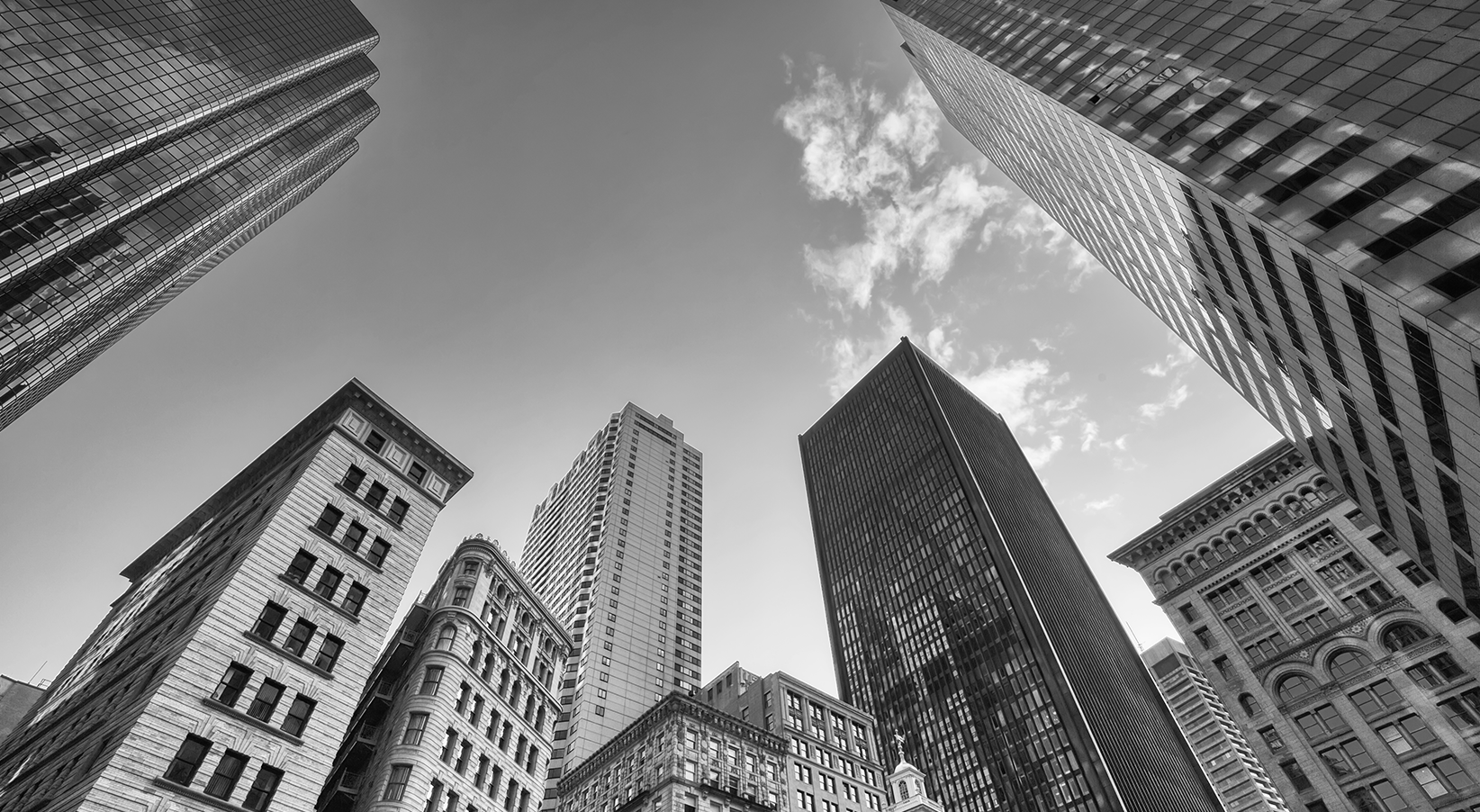 Photo by eskystudio. Desaturated from original with colour filter.

In the 21st century, top incomes have risen due to business income and other non-wage income like interest and rent (Piketty 2014; Piketty, Saez, and Zucman 2018). Hence, recent trends raise the possibility that the financial-capital rich—those who derive most of their income from nonhuman capital—may possibly now dominate the ranks of America’s highest earners instead of the human-capital rich—the entrepreneurs and wage earners who derive most of their income from their human capital.

Identifying the nature of top income is stymied, however, by a data issue: most income at the very top of the income distribution is private business income, and standard data do not indicate whether private business income derives from financial capital or from the owner’s human capital—defined as all inalienable factors embodied in business owners. To understand the data problems, it is necessary to understand how most private businesses are taxed. Most top-business income comes from private “pass-through” businesses that are not taxed at the entity level; instead, income passes through the firm to the owners who pay personal income taxes on their share of the firm’s income. Tax incentives and rules can lead pass-through owners to report their human capital income as business income instead of as wages or bonuses.

The paper estimates that for the typical top business owner about three-quarters of pass-through profits are returns to owner human capital. Despite recent work showing rising top financial capital income, therefore, the typical top earner is still human-capital rich. This paper estimates that 67% of million-dollar earners derive most of their income from human capital income. There appears to be a class of entrepreneurs and other private business owners who are hidden from public view but whose human capital income is key for understanding top incomes in America.

The authors also look at the evolution of top incomes since 2001, and find no role for a larger workforce in explaining higher top entrepreneurial income. Instead, this is due to both rising labor productivity and a rising owner share of the value added. This aligns with recent work that has found a key role for efficiency improvements in rising firm profitability.

A final implication of this paper is that careful attention should be paid to tax policy when interpreting economic measurement. Tax incentives and rules determine how income is reported, which in turn has considerable implications for key national accounts metrics. such as the share of income accruing to labor.

Rising capital income has raised the possibility that the financial-capital rich may now dominate the ranks of America’s highest earners instead of the human-capital rich, but testing this has been challenging due to data issues around the classification of top-end business income. This paper analyzes deidentified administrative tax data, and estimates that for the typical top business owner about three-quarters of pass-through profits are returns to owner human capital rather than financial capital. The typical top earner, it seems, is still human-capital rich. The paper also shows the importance of careful attention to tax policy when interpreting economic measurement; tax incentives and rules determine how income is reported, which has important implications for key national accounts metrics.

The pioneering work of Piketty and Saez (2003) and Piketty, Saez, and Zucman (2018) showed that top earners take home a substantially larger share of national income today than they did in the 1980s. Rising income in the late 20th century took the form of W-2 wages, including bonuses and stock options. But in the 21st century, top incomes have risen in the form of business income and other non-wage income like interest and rent. Hence, there is reason to suspect that the financial-capital rich—those who derive most of their income from nonhuman capital—now dominate the ranks of America’s highest earners instead of the human-capital rich—the entrepreneurs and wage earners who derive most of their income from their human capital.

However, identifying the nature of top income is stymied by a key data question: what is the nature of income that accrues to the owner-managers of private businesses?

Our paper makes progress on these questions by using deidentified administrative tax data to characterize top incomes in the twenty-first century.

The Tax Treatment of Private Businesses

To understand the data and the measurement problems, we first describe how most private businesses are taxed.

The first piece of the tax puzzle is that most top-business income comes from private “pass-through” businesses that are not taxed at the entity level. Instead, pass-through income passes through the firm to the owners who pay personal income taxes on their share of the firm’s income.

For example, compare the cases of Home Depot (America’s largest home improvement retailer) and Menard’s (America’s third largest). Home Depot is a public company and is therefore a “C” corporation (named after its subchapter of the Internal Revenue Code), which must face the annual corporate income tax. The corporate tax is paid before any dividend (or capital gains) taxes are paid by the firm’s owners on shareholder distributions from the after-corporate-tax income. In contrast, Menard’s is not publicly traded and is an “S” corporation, which does not face the corporate income tax. Instead, the annual income of Menard’s passes through pro-rata to its owners’ personal income tax returns, and its owners owe personal income taxes on that income in the year that it is earned. Dividends from Menard’s are never taxed. Partnerships are taxed similarly to S-corporations. A majority of U.S. taxable business income is now earned by pass-throughs, the vast majority of which is S-corporation or partnership income.

We analyze deidentified administrative tax data that link pass-throughs to their owners for 11 million firms between 2001 and 2014.

The data reveal a vast world of business owners who prevail at the top of the income distribution. Most top earners own a pass-through business. In both their absolute number and the dollars they earn, top pass-through owners far surpass top public company executives.

What are these firms? A typical firm owned by someone in the top 0.1% of the income distribution is a regional business with $20M in sales and 100 employees, such as a large law firm, a beverage distributor, or an auto dealer.

Notes: This figure uses our 2014 top incomes data to plot the share of tax units with over one million dollars in fiscal income who earn the majority of their fiscal income in 2014 from either wages, pass-through income, C-corporation dividends, or other capital income by age (i.e., the age of the single tax filer or the mean age of married spouses filing jointly).

To verify and quantify the approximate share of top pass-through income that represents human capital income, we would ideally measure the impact on firm profits of randomly forcing some pass-through owners to withdraw their human capital from their firms. Fortunately, there are two natural experiments that approximate the experimental ideal: the profit impact of owner death and the profit impact of owner retirement.

Figure 2a plots the time series of the impact on profits at firms that experienced a pre-age-65 owner death, relative to otherwise similar firms that did not experience an owner death. In the year of the owner death, profits fall sharply and permanently, even after we adjust for firm reorganizations after an owner’s death. Figure 2b shows a similar pattern after an owner retirement. Properly scaled and averaged, we estimate that about three-quarters of top pass-through profits are returns to owner human capital for the typical top business owner.

Figure 2a: Death of a Million-Dollar-Earning Owner

Figure 2b: Retirement of a Million-Dollar-Earning Owner

Hence, if you run into a million-dollar-earner on the street, she likely earns most of her income from her human capital rather than from her financial capital.

Our findings have three broad implications.

First, we find that the typical top earner is human-capital rich. This finding adds context to recent developments in understanding top incomes. Piketty and Saez (2003) find that U.S. top income inequality had returned to early-twentieth century levels, but the rentier income of the past had been replaced by the income of the human-capital rich. But Piketty (2014) and Piketty, Saez, and Zucman (2018) point to rentiers as possibly displacing the working rich in the twenty-first century. Our findings show that, despite recent work showing rising top financial capital income, the typical top earner is still human-capital rich. In particular, we highlight a class of entrepreneurs and other private business owners who are hidden from public view but whose human capital income is key for understanding top incomes in America. Although human capital is central, we stress that the returns to top owner-manager human capital need not be socially optimal and can include returns to unproductive rent seeking.

Second, the result that productivity growth explains a substantial part of entrepreneurial income growth aligns with recent work finding a key role for efficiency improvements in rising firm profitability (Autor et al. 2020; De Loecker, Eeckhout, and Unger, 2020). The increasing share of value added that accrues to owners also plays an important role. Since the owners in our context also appear to be managers and key workers, agency conflicts and zero-sum bargaining between executives and corporate boards are unlikely to explain the rising owner share of value added in our data.

Third, our findings show the importance of careful attention to tax policy when interpreting economic measurement. Tax incentives and rules determine how income is reported. In our context, “business income” reported to tax authorities is often in fact closer to wage income than to capital income. This finding has implications for national accounts. Pass-throughs rose steadily and dramatically in prevalence and quantitative importance after the Tax Reform Act of 1986 (Cooper et al. 2016). In ongoing work, we are finding that the rise of pass-throughs and the concomitant relabeling of wage income as business income h).

Matthew Smith is at the U.S. Treasury Department, Danny Yagan is at UC Berkeley, Owen Zidar is at Princeton University, and Eric Zwick is at the University of Chicago.