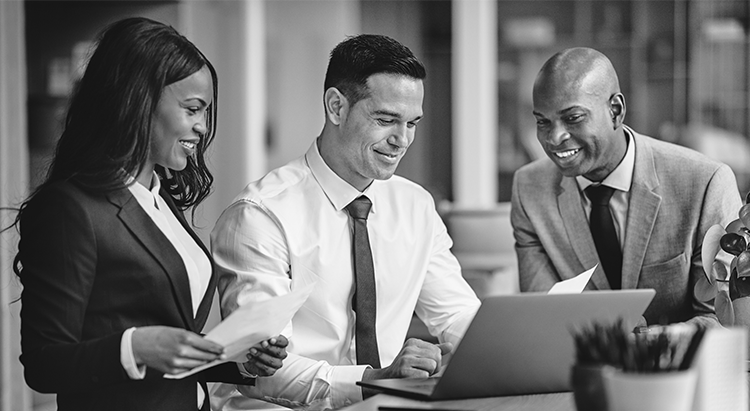 In 1960, 94% of American doctors and lawyers were white men: by 2010, the fraction was just over 60%. Similar changes have occurred throughout the US economy over the last 50 years, particularly among high-skilled occupations.

Since the innate talent for a profession among members of a group is unlikely to change over time, the change in the distribution of occupations since 1960 suggests that, historically, many innately talented people were not pursuing their comparative advantage. The resulting misallocation of talent potentially had important aggregate consequences.

The fact that the occupational distribution of women and black men has converged towards that of white men suggests that discrimination could have diminished since the 1960s. What remains to be assessed is the extent to which this decline in discrimination raised aggregate growth over the past five or six decades.

New analysis of the labor market measures the effect of discrimination on job preferences and allocation outcomes. By integrating inequalities (such as discrimination), it is able to clarify the level of inefficiency within historical labor markets in the United States.

For example, the results imply that labor market frictions for women lawyers can lower the wages of women in all occupations, not just in law. If the labor market discriminates against women lawyers, only women with the most legal talent choose to become lawyers, and this selection effect works to raise the earnings of women who choose law.

Furthermore, if women are under-represented in an occupation because they have lower preferences for working in it, their wages will be higher in that occupation. Intuitively, women require higher wages to choose an occupation that they dislike.

The study also estimates the extent to which the reduction in labor market distortions has increased GDP. The results are striking: over the entire period, it accounts for approximately 40% of the overall growth in GDP per person. This reflects better allocation of talent across occupations, better-targeted human capital investments, and rising labor force participation of women in response to falling discrimination.

Overall, the results suggest that the decline in occupational barriers facing women and black men has been a very important source of growth to the US economy. Much of the subsequent productivity gains came from drawing women and black men into high-skilled occupations. Whether women increased their propensity to become lawyers and doctors because of declining labor market barriers, or because they started liking those occupations more, have broadly similar implications for growth.

In 1960, 94% of American doctors and lawyers were white men: by 2010, the fraction was just 62%. Similar changes in other high-skilled occupations have occurred throughout the US economy over the last 60 years. Given that the innate talent for these professions is not likely to be any different across groups, the change in the occupational distribution suggests that a substantial pool of innately talented women and black men in 1960 were not pursuing their comparative advantage. This article reports evidence on the impact of convergence in the occupational distribution on aggregate productivity between 1960 and 2010: 20-40% of growth in aggregate market output per person can be explained by the improved allocation of talent.

Over the last 60 years, there has been a remarkable convergence in the occupational distribution between white men, women, and black men in the United States. Groups that have been historically discriminated against in terms of elite professions have started to capture a greater share of employment in these high-skill sectors.

In 1960, 94% of doctors and lawyers were white men: by 2010, the fraction was just over 60%. Similar changes occurred throughout the economy over that period, particularly among high-skilled occupations.

To date, there has been little formal research into the effect of these demographic changes on aggregate economic performance. Since the innate talent for a profession among members of a group is unlikely to change over time, the change in the occupational distribution since 1960 suggests that a substantial pool of innately talented women and black men were not pursuing their comparative advantage 60 years ago. The resulting misallocation of talent could have important aggregate consequences.

By way of an example, it is useful to consider the world that Supreme Court Justice Sandra Day O’Connor faced when she graduated from Stanford Law School in 1952. Despite being ranked third overall in her class, the only job she could get then was as a legal secretary. Such discriminatory barriers might explain why white men dominated the legal profession at that time.

Another possibility is underinvestment in human capital. For example, Harvard, Princeton, and Yale systematically discriminated in admissions against women and black men and Jewish applicants until the late 1960s. In the 1950s, public schools for black children in the American South were underfunded relative to schools for white children. Furthermore, strong social norms against women and black men working in high-skilled occupations in the 1960s may have discouraged additional investment in human capital.

The fact that the occupational distribution of women and black men has converged towards that of white men suggests that discrimination may have diminished since then. What remains to be assessed is the extent to which this decline in discrimination improved the allocation of talent – and how much this shift has raised aggregate growth over the past five decades.

A theoretical model of workers

In a standard Roy (1951) model, workers are endowed with ‘idiosyncratic talent’ in each occupation. In our study, two additional forces are included within the model:

Individuals invest in their human capital and choose an occupation in an initial ‘pre-period’, after which they work in the chosen market occupation or home sector for three working lifecycle periods (‘young’, ‘middle’, and ‘old’). It is also assumed that human capital investments and the choice of occupation are fixed after the pre-period.

Given an occupational choice, the occupational wage, and idiosyncratic ability in the occupation, the individual chooses consumption in each period (including the initial pre-period), with the aim of maximizing lifetime utility. Because individuals expect the same conditions in future periods as in the first period, expected lifetime income is proportional to income in the first period.

Human capital barriers or labor market discrimination lower indirect utility for an individual from a particular group when choosing their occupation.

When all individuals possess heterogeneous abilities, average quality is inversely related to the share of the group working in the occupation. This result captures the selection effect.

Conversely, in 1960, the average quality of white men lawyers would have been lower in the presence of labor market discrimination against women and black men. At the other extreme (all workers sort on preferences), this selection effect is absent.

These are the only two forces that generate differences in wages across occupations for the young when individuals sort completely on talent. Average earnings are no higher in occupations where a group faces less discrimination in the labor market, lower frictions in human capital attainment, a higher wage per efficiency unit, or where the group has more talent in the sector. The reason is that each of these factors leads lower quality workers to enter those jobs.

The composition effect would not be present if selection were driven by forces other than occupational ability. When all workers select based on idiosyncratic preferences, then selection affects the average utility of workers in an occupation but has no effect on average ability. It follows that, in this case, there is no quality offset due to selection.

The general point is that the wage gap is not a robust measure of the frictions (discrimination and barriers) faced by a group in a given occupation. The elasticity of the wage gap to occupational frictions depends on the share of individuals who sort on preferences instead of ability.

The data and sampling method

Our study uses data from the 1960, 1970, 1980, 1990, and 2000 decennial censuses and the 2010-2012 American Community Surveys. By restricting the sample to white men, white women, black men, and black women aged 25-54, the analysis is focused on individuals after they finish schooling and prior to retirement.

Figure 1 plots the standard deviation of the shares for women and black men relative to white men across market occupations since 1960. The sorting of women and black men has converged toward that of white men over time, suggesting that, overall, the allocation of talent has improved over the last five decades.

Figure 2 provides evidence on the selection margin, indicating that there is no systematic relationship between, on the one hand, the share of white women relative to white men in an occupation in 1980 and, on the other hand, the occupational wage gaps between young women and men in the same year.

In terms of documenting the trend over time, Figure 3 plots the time series decomposition of growth in market GDP per person coming from changes in the effect of labor market discrimination. The top line in the figure shows market GDP per person in the data. The bottom line is the counterfactual path of market GDP if barriers were held fixed at their 1960 levels.

Over the entire period, falling distortions account for about 40% of the overall growth in GDP per person. This reflects better allocation of talent across occupations, better targeted human capital investments, and rising labor force participation of women in response to falling discrimination. Productivity growth would have been close to zero during the 1970s had it not been for the reduction in labor market barriers facing women and black men during that period.

Much of the productivity gains come from drawing women and black men into high-skilled occupations.

Our results suggest that the decline in occupational and human capital barriers to women and black men was a very important source of growth for the US economy, and that the slowing of progress may be one reason why growth has slowed down.

We realize that our model is only a ‘launching off point’ to address these important questions. We expect some of the assumptions we made for tractability to be relaxed as further research progresses.

This article summarizes ‘The Allocation of Talent and U.S. Economic Growth’ by Chang-Tai Hsieh, Erik Hurst, Charles I Jones, and Peter J Klenow, published in Econometrica in September 2019.

Chang-Tai Hsieh and Erik Hurst are at the University of Chicago. Charles I Jones and Peter J Klenow are at Stanford University. 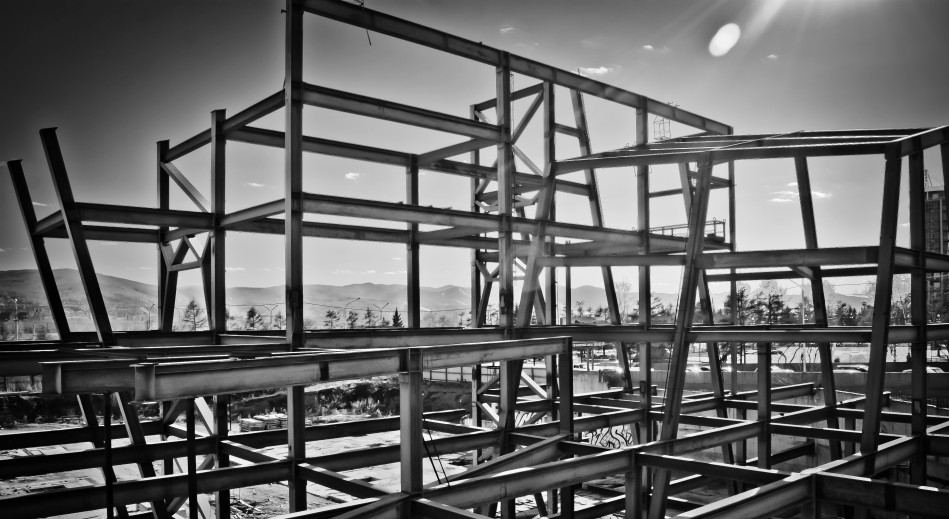 "Construction" by Alex Kislow, used under CC BY 2.0 / Desaturated from original, with colour filter.

Regulations often have unintended costs as well as intended benefits. France has a large number of labor market regulations that bind when a firm has 50 or more employees. These regulations are intended to help workers, but they also act as a tax on large firms. This discourages firms near the threshold from growing larger and producing more output. We calculate that these French labor regulations depress overall economic output by over 3%.