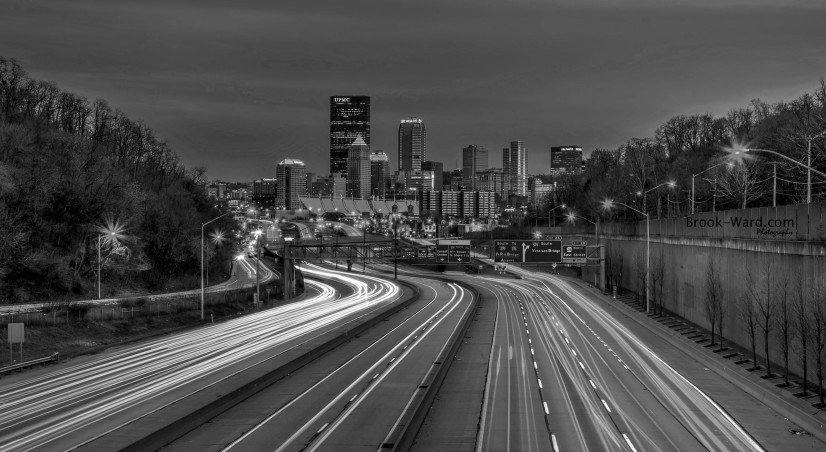 Over the past three decades, the wage gap between workers with college degrees and those without has nearly doubled. In 1980, college graduates earned 38 percent more than non-college workers. By 2011, the ratio had risen to 73 percent. At the same time, workers have become increasingly spatially segregated by education. Cities which had a large share of college graduates in 1980 increasingly attracted larger shares of college educated workers from 1980 to 2000, while less educated cities in 1980 gained few college grads. The increasingly highly educated cities also experienced higher wage growth for both low- and high-skill workers and substantially larger increases in housing costs.

The increase in spatial sorting of college and non-college workers into very different cities calls into question whether the large increases in wage inequality over the past three decades truly represents a similar increase in inequality in economic well-being. Since college graduates are paying much higher housing costs than lower skill workers, it is possible that these high local prices dilute the real amount of consumption college workers’ received from their high wages. For example, in 2013 the median studio in San Francisco sold for $863,000, while the median 4 bedroom house could be purchased in Las Vegas for only $220,100.

On the other hand, college workers chose to live in expensive cities. They were free to locate in the more affordable locations elected by high school graduates, but instead decided to pay the higher local prices. In exchange for high housing prices, high skill cities not only offer inhabitants access to high wage labor markets, but also offer an array of more desirable amenities. Indeed, cities which increased their shares of college graduates from 1980 to 2000 also gained more restaurants and bars per capita, improved their air quality, and lowered their crime rates. If the economic value of living in a high amenity city more than compensates college graduates for the high housing prices, the growth in wage inequality wound understate the increase in economic well-being inequality.

In a recent paper in the American Economic Review, Stanford University economist Rebecca Diamond disentangles these forces and estimates how increased geographic segregation has contributed to inequality.

How has increased geographic segregation contributed to inequality?

The geographic divergence of skill across cities beginning in the 1980s was initially sparked by labor demands of different industries located across different cities. Due to a number of broad changes in the labor market from 1980 to 2000, including adoption of computer technologies and increased export competition from China, many industries changed their demands for college graduate labor relative to their demand for non-college grads. Cities which were historical geographic hubs of industries that shifted their labor demand away from non-college workers towards college grads were the cities which experienced the largest increases in their shares of college graduates from 1980 to 2000.

While the primary driver of the increased skill segregation was due to changes in the labor demands of industries located in different cities, Diamond finds that cities which attracted a higher share of college graduates also became more desirable places to live. Increases in a city’s share of college graduates causes increases in the quality and variety of the local retail market including increases in the density of clothing stores, bar, restaurants, and movie theaters. College share increases also lead to declines in property crime rates and pollution levels, as well as increases in school quality.

To build intuition for these effects, consider the cities of Detroit and Boston. The economic downturn in Detroit has been largely attributed to a decline of auto manufacturing. However Detroit has experienced a huge economic downturn that goes beyond the loss of high-paying automotive industry jobs. The public school system in Detroit has worsened, and the city is now seeing its lowest scores ever recorded in the 21-year history of the national math proficiency test. Strikingly, Detroit’s school system was once lauded as a model for the nation in urban education. This was more than 100 years ago when the manufacturing industry was booming.

Boston, on the other hand, illustrates a success story. Driven by racial tensions spurred by integration in the mid 1970s, the quality of Boston public schools began to severely decline. As Boston developed into a hub for biomedical innovation, this trend began to turn around. In 2006, the Boston public school district won the Broad Prize, which honors the urban school district that demonstrates the greatest performance and improvement in student achievement. The prosperity of Boston and decline of Detroit go beyond jobs and wages, directly impacting the amenities and quality-of-life in these areas.

The combination of high wages and amenities in these increasingly high skill cities made them very desirable places to live for college and non-college workers, leading to sharp increases in housing prices. The housing price increases mitigate the in-migration of low-skill workers much more than the high skill. While both college and non-college workers prefer cities with high wages, low housing costs, and high levels of amenities, college grads were more willing to pay for high quality amenities. This is not surprising, as lower skill workers earn less, and thus value an additional dollar of savings more.

Diamond’s estimates show that the additional benefits college graduates gained from having access to a variety of desirable local amenities actually outweighs the negative effects of high housing costs. The 50 percent increase in the wage gap between high school and college graduates from 1980 to 2000 actually understates the true increases in economic inequality due to changes in wages, housing costs, and local amenities by at least 30%.

These dynamics can be thought of as a nationwide “gentrification effect.” The initial changes in local firms’ labor demand for college and non-college workers created the spark to increase the college share in these high skill cities. This spark was then amplified as the presence of college workers within the city made it a more desirable place to live, but also a more expensive place. Lower skill workers are unable to afford the high prices required to gain access to the best cities, forcing them to relocate to more affordable, lower amenity areas.

These dynamics of spatial skill sorting inform policy in a number of ways. First, from the perspective of a local government, policies which attract college graduates to live in a city have large spillovers on creating desirable amenities, which further attracts additional college graduates. Policies that could achieve this include offering tax incentive to firms employing high skill workers, or funding amenities valued by college graduates (such as policies targeting reductions in crime or improvements in the quality of local schools).

While the policies which attract college graduates to a city may improve local economic conditions and quality-of-life within the city, they also have the potential to drive away the less educated and lower income inhabitants. The high skill city is surely a high functioning city, but the lower income and less educated residents, who may be those in need of the most help, are unlikely to get the bulk of its benefits. These types of policies force the local policy maker to decide whether he or she wants to improve the city at the possible expense of less skilled inhabitants’ economic well-being.

It is not clear what the optimal allocation of college graduates across cities should be.

This relates to the broader point that, from the federal government’s perspective, it is not clear what the optimal allocation of college graduates across cities should be. A local government may desire to attract college graduates, but this comes at the cost of another city losing college educated residents. For the federal government to implement socially optimal polices which incentivize college graduates to locate in certain types of cities, the government would need to know what type of cities gain the most from additional college workers. Unfortunately, we do not know much about this. Despite our lack of knowledge, the US federal government spends at least $15 billion per year on spatially targeted development activities. Generally, these programs target “underperforming” geographic areas in order to help improve economic conditions.

Of course a key way to improve the share of college graduates across all cities is to implement policies that incentivize more students to attend and graduate from college. These policies likely are best funded by the federal government, as opposed to state and local governments. When local governments subsidize higher education they pay the full cost of the subsidy, but face the risk that another city or state will receive the benefits if the college student migrates away to another local area after graduation.