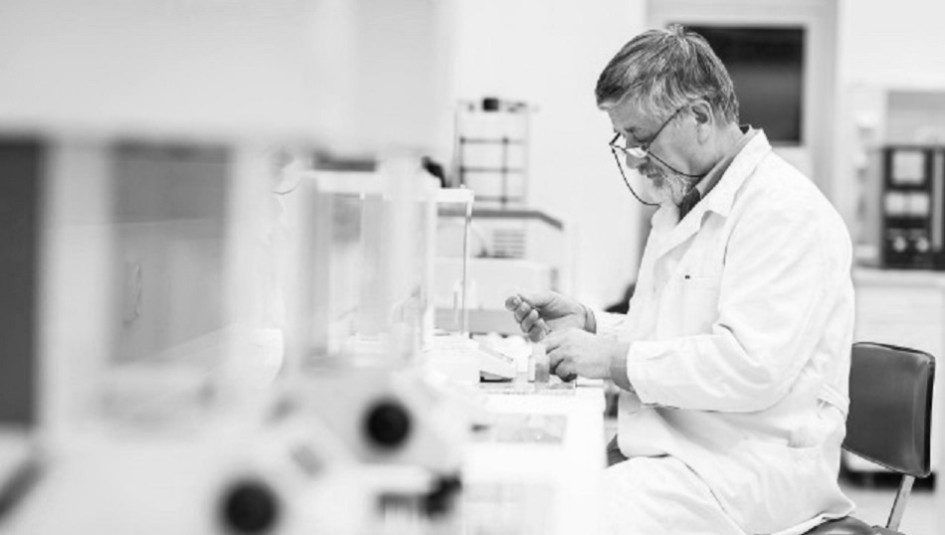 “Scientific researchers and academics” by Kuldeep Singh, used under CC by 2.0 / Desaturated from original with colour filter.

Pharmaceutical innovation can be enormously valuable, leading to the development of medical treatments that save lives and improve patient quality of life. However, new medications that are powerful and effective are often accompanied by painful and uncomfortable side effects.

A powerful illustration of this can be found when examining the innovative Human Immunodeficiency Virus (HIV) and AIDS drugs introduced in 1996, which transformed HIV infection from a virtual death sentence into a manageable chronic illness, though with severe side effects. Though later innovations would eventually reduce side effects of HIV drugs, early versions of HAART provide an opportunity to examine patient behavior when faced with effective drugs with severe side effects.

In the recent paper, “Why Medical Innovation is Valuable: Health, Human Capital, and the Labor Market”, I develop a dynamic framework to assess the value of pharmaceutical innovation and find that making drugs more effective without considering the costs of side effects may be a misleading way to approach drug innovation.

Patients may be better off if drugs had fewer side effects, even if those drugs were less effective at improving underlying health.

Patients may be better off if drugs had fewer side effects, even if those drugs were less effective at improving underlying health. Reducing side effects would encourage consistent drug use, increase patient employment and earnings, increase the lifetime value of drugs to patients and reduce the spread of HIV.

Using a data set of HIV positive (HIV+) men in the United States, I tested my decision-making model and found:

To understand the impact of pharmaceutical innovation in the context of HIV/AIDS, it’s important to review the history of the virus and its treatments, particularly the creation of the medical technology called Highly Active Anti-Retroviral Treatment (HAART), which is credited with prolonging millions of lives.

HIV is a virus that attacks the immune system. An HIV infection can eventually lead to AIDS, a condition where the immune system is so compromised that routine infections become deadly. In the early, darker years of the AIDS epidemic (1984-1995), treatments were low-quality – toxic medications caused awful side effects with minimal long-term benefits. Prospects for HIV+ individuals changed drastically when HAART was invented in 1996, which proved to be astoundingly effective at prolonging the lives of HIV+ individuals.

People taking HAART lived longer but suffered considerably. Early versions of the drug caused nausea, fever, sweats, diarrhea, headaches and other ailments. HIV+ individuals tended to cycle on and off drugs with severe side effects (often referred to as “drug holidays”), a rational response reflecting the tradeoff between long-run health and the ability to work and earn wages in the short-run. Since HIV+ individuals are virtually non-infectious while consistently on drugs, there is a considerable cost borne by society when patients choose to cycle.

Despite the side effects, many patients went onto HAART, especially those who had AIDS prior to HAART’s invention. However, the proportion of HIV+ men taking HAART never rose higher than 70% (see Figure 1), despite miniscule out-of-pocket costs. This behavior is rationalized within the model by recognizing that HAART had terrible side effects, which led some patients to avoid treatment altogether.

Figure 1: Proportion of men in the same who are using one of four broad treatment categories: no treatment, mono-therapy, combo-therapy or HAART. HAART comes onto the market in about 1995, which explains no usage prior. Patients appear to substitute from other treatments (including no treatment) since HAART is vastly more effective than previous technologies. However, usage of HAART rarely rises above 70%, which the model rationalizes with distaste for side effects. Moreover, it is not the same 30% of patients who are not using HAART over time. Rather, patients cycle on and off of it.

The model explains why this behavior occurred and how patients make treatment decisions when faced with drugs that can save their lives, but temporarily make life unbearable.

To understand patient choices, I construct a model of decision-making in which patients are offered a menu of medication options with varying degrees of efficacy and side effects. If drugs exist that are both effective and have no side effects, they are preferred; otherwise, patients face a dynamic trade off. Patients could choose to take effective drugs, which would make them live longer and feel better, but they would suffer immediate side effects that would diminish their ability to work. Or, they could forego the long-term investment in their health for immediate participation in the labor market. This choice implies there is an additional cost of side effects – the time spent outside of the labor market, which reduces current and future earnings. Since effective drugs can promote long-term health, they could contribute to a longer work life, yielding higher lifetime earnings.

To understand patient choices, I construct a model of decision-making in which patients are offered a menu of medication options with varying degrees of efficacy and side effects.

The following scenarios help clarify how the model is matched to data:

When estimating the model parameters, I found the utility cost of side effects is fairly high, but not so high that patients avoid effective drugs when their survival is at risk. Though patients dislike side effects, they are willing to suffer them if drugs have a significant payoff in terms of future health.

The utility cost of side effects is fairly high, but not so high that patients avoid effective drugs when their survival is at risk.

I used this model to examine the behavior of HIV+ men in the U.S. over a period of 15 years. Using data from the Multi-Center AIDS Cohort Study (MACS) from 1990 to 2001, which spans a period of massive changes to available drugs, I collected information on the types of treatments patients took, the state of their immune system (measured as the number of white blood cells or CD4 count; low counts suggests a patient has AIDS), the types of physical ailments they suffered, their work decisions, income and survival. HAART played a significant role during this period – it was a highly effective drug with very strong side effects. The study led to the following findings:

Optimal treatment cycling is a rational response to side effects

Patients’ willingness to suffer side effects varied over time and was dependent on their health. Patients would cycle on and off HAART to balance their concerns of future health and survival vs. current well-being and ability to work. Those in relatively good health went off HAART to avoid side effects and return to employment. However, when their CD4 count fell, they would go back on HAART, even with the side effects. This rational pattern of cycling became known as Optimal Treatment Cycling (see Figure 2).

Through a simulated exercise, HAART proved to be incredibly valuable to patients, worth approximately $150,000. It was more valuable for younger people, who had higher earning potential and for whom HAART was more effective. To find this value, I use the model to simulate patient behavior starting in 1996 supposing HAART was invented and again supposing HAART was not invented. I paid patients in the non-HAART world to identify how much I would need to compensate them for taking HAART away.

Drugs with fewer side effects are valued twice as highly

While the model examines individual decisions, it does not consider how other people are affected when HIV+ men do not use their medications. Other research suggests that the use of HAART not only improved health but also had a prophylactic effect, rendering users nearly non-infectious, providing society with a clear incentive to encourage HIV+ individuals to use HAART. Ongoing studies further examine how individual HIV drug choices not only affect health but also the process of innovation (i.e. which drugs get invented, how quickly, etc.).

These findings can be applied to other contexts, including mental health. Ongoing research illustrates that talk therapy, analogous to HAART, is an effective treatment for mild-to-moderate anxiety or depression, but instead, patients use pharmaceuticals even though they are less effective. The goal of this ongoing study is to understand which changes to treatment characteristics would create the most value by better understanding why mental health patients use less effective treatment.

Whether it’s HIV drugs, mental health treatments or medical innovations in another field, it is imperative to address the problem of side effects as the first-order of importance – for chronically ill patients and, in the case of infectious disease, for society at large.