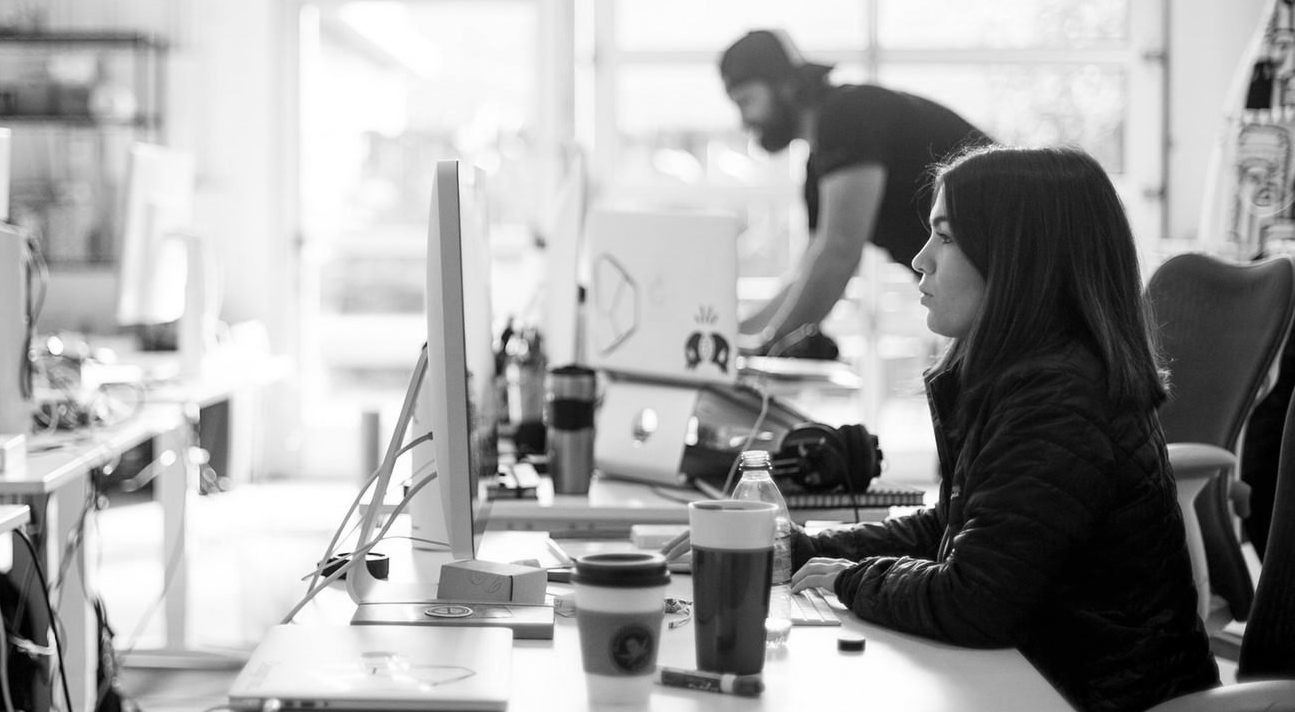 "Busy, Office, Service" by Hamza Butt, used under CC by 2.0 / Desaturated from original with colour filter.

To what degree do higher taxes induce valuable and highly skilled individuals to relocate?  The fear is that raising taxes will lead to a “brain drain”.  Our research shows that the most innovative individual inventors are significantly affected by top tax rates when deciding where to live. Additionally, if the average country decreased its top tax rate, it would attract many more foreign superstar inventors to the country.

Superstar inventors: the key to a country’s innovation and growth

We focus on understanding the effects of taxes on the location decisions of the most innovative inventors. How inventors respond to tax rates is especially important at a time when governments are forced to consider ways to raise more revenues as budget deficits grow. Those in favor of higher taxes maintain that migration decisions are driven by other (possibly non-economic) factors and that high-skilled inventors would not respond much to an increase in tax rates.

Understanding the migration decisions of highly skilled individuals is important as research shows that high-skilled migration is beneficial for a receiving country’s economy and that immigrants disproportionately contribute to innovation (Kerr 2013). For example, Alexander G. Bell, the inventor of the telephone, James L. Kraft, who patented a pasteurization technique and founded Krafts Food Inc., Ralph Baer, the inventor of a TV game unit that contributed to the expansion of the video gaming industry, or Charles Simonyi, a successful product developer at Microsoft were all very prolific inventors, but they had something else in common as well: they were all immigrants. This is not very surprising given that migration rates increase in skill, and inventors are ranked very high in the skill distribution (Docquier and Marfouk 2006).

But not all inventors are the same: in fact, they differ a lot in their quality and innovativeness. How can we measure this? We can start with the economic value of an inventor’s patents. This is typically measured by the citations that a patent receives: the more a patent is cited, the higher its presumed value. (For a survey of the literature, see Abrams, Akcigit, and Popadak 2014.)  Figure 1 shows how inventors are ranked by the number of citations their patents have received: while the median inventor has only 11 citations, the average top 1 percent inventor, or what we refer to as a “superstar inventor,” has hundreds of citations. Among top inventors are some highly successful migrants; in general, higher quality inventors are more mobile than lower quality inventors.

Figure 1: Superstar inventors: at the top of the citations-weighted patents distribution

While it is typically taken as given that physical capital, such as buildings or machinery, is highly mobile (an argument often used by policy makers to justify lower taxation on capital), much less is known about the mobility of human capital, i.e., how people and the labor force responds to taxation. The media and the policy debate consist of a large amount of anecdotal evidence. For example, French actor Gerard Depardieu adopted Russian citizenship apparently in protest against France’s (effective) top tax rate increase.[1] While the exodus of such a celebrity captures the public imagination, any one such event gives no indication of a more systematic phenomenon. Rigorous evidence is scarce due to a lack of international panel data on patterns of individual migration patterns across countries and their likely causes.

There have been creative attempts to resolve the issue of missing data. Kleven, Landais, Saez, and Schultz (2014) study a Danish tax reform that temporarily reduced top tax rates on high-income foreigners.  They find very strong effects of that policy on the inflow of migrants. In another recent paper, Kleven, Landais, and Saez (2013) show that high paid football players react to top tax rates when choosing which country to play in. However, since football players are probably especially young and mobile, their estimates are not easily transferable to other professions.

In our recent research (Akcigit, Baslandze, and Stantcheva 2016), we study the international migration responses of superstar inventors to top income tax rates for the period 1977-2003, using data from the European and U.S. patent offices, as well as from the Patent Cooperation Treaty (Miguelez and Fink 2013). Our focus is on migration across eight technologically advanced economies: Canada, France, Germany, Great Britain, Italy, Japan, Switzerland, and the United States. To abstract from capital and corporate taxes as much as possible, we restrict our attention to inventors who are company employees and are not the owners (assignees) of their patents, so that their migration decision is simply an individual’s relocation.

We start by defining “superstar” inventors as those in the top 1 percent of the distribution of patent citations in a given year.   In some tests, we compare their decisions with those of inventors who are less well cited.

There are three key challenges to rigorously studying the effects of taxes on the migration of superstar inventors. First, location choices are clearly also driven by factors other than taxes, such as a common language, distance to one’s home country, and career concerns (e.g., how many people work in your technological field). Thanks to our data, we can account for these other factors by including detailed controls in the analysis. Second, inventors may earn different pretax wages in each possible destination country, a counterfactual we cannot observe and have to control for through a detailed set of proxy measures. Finally, there may be other policy changes or economic factors that change in a given country at the same time as top tax rates change, e.g., business-friendly policies or innovation-fostering measures. If that is the case, we may falsely attribute migration effects to top tax rates, when they may, in fact, be driven by other policies.

To address the third challenge, we compare the behavior of superstar inventors with that of other inventors who are equally affected by other policy changes and economic factors but not as affected by tax changes.

Using outside evidence based on administrative data and survey data, we show in the paper that superstar inventors have a large part of their incomes in the top tax bracket and, hence, are strongly subject to top tax rates. Inventors of lower quality are much less likely to be in the top bracket or at least have a much smaller fraction of their income subject to the top rate. Thus, we would expect the superstar inventors to be the ones most significantly affected by changes in the top tax rate. Lower quality inventors can then serve as a “control group” that is subject to other innovation policies and economic forces, but is little affected by the top tax rate.

We conduct our analysis at both the macroeconomic level and the individual inventor level.

At the macroeconomic level, there is a strong and significant correlation between top tax rates and superstar inventor migration

Figure 2: Fraction of domestic superstar inventors who remain in their home country is increasing in the net-of-tax rate

Figure 3: Fraction of foreign superstar inventors who move to a country is increasing in the net-of-tax rate

At the microeconomic (individual inventor) level, we estimate a detailed location choice model making use of the full information we have on individual inventors from the patent data. The results highlight that superstar inventors are significantly affected by top tax rates when deciding where to live.

At the microeconomic (individual inventor) level…the results highlight that superstar inventors are significantly affected by top tax rates when deciding where to live.

The influence of companies in the migration response to taxes

A key question is whether it is companies or inventors themselves who make the migration decisions. One could expect companies to have an important influence on the inventor’s decision to move abroad. For instance, working for a multinational company might facilitate an international move, both directly within the company and indirectly by providing international exposure.

However, depending on the bargaining power between employer and employee, the relocation decision might be driven by the firm rather than by the employee. In that case, if the employer has other considerations than the personal income tax, we would observe a lessened migration effect of taxes in the data. Note, nevertheless, that employers should take personal income taxes into account at least to some extent, if competition for superstar inventors forces them to pay higher wages as a compensation for higher taxes.

We find that inventors who have worked for a multinational company are more sensitive to different tax rates in their location choice. On the other hand, inventors whose company has a significant share of its innovative activity in a given country are less sensitive to the tax rate in that country. This seems to suggest that career concerns can outweigh tax considerations. It could also signal that companies with very geographically localized research and design activities will strongly prefer to keep their superstar inventors at the main research location and dissuade them from moving to countries with lower tax rates.

An additional efficiency cost of taxation

The loss of high-skill agents such as inventors might entail significant economic costs in a country, not just in terms of lost tax revenue but also in terms of reduced positive spillovers from these inventors. It is important to quantify these costs in future empirical research.

Understanding the costs of these migration responses, especially among high value-added agents such as inventors, would allow us to better design policies. Naturally, the right answer to these migration costs from taxation need not necessarily be to tax less and abandon all concerns for redistribution. Instead, it may be worth considering international tax cooperation and harmonization.

This article summarizes ‘Taxation and the International Mobility of Inventors’ Ufuk Akcigit (University of Chicago), Salome Baslandze (Einaudi Institute for Economics and Finance) and Stefanie Stantcheva (Harvard University), published in the American Economic Association. An open access version of this article is available here: https://scholar.harvard.edu/stantcheva/publications/taxation-and-international-mobility-inventors.