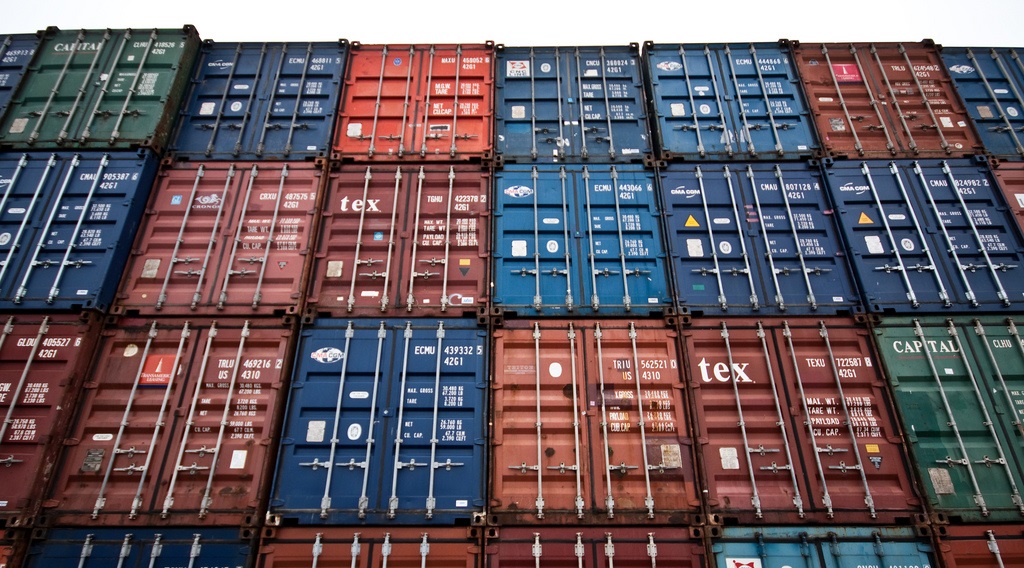 Global sourcing is on the rise. Recent estimates suggest that intermediate input flows account for about two-thirds of the volume of world trade (Johnson and Noguera, 2012). Boeing’s production of the 787 Dreamliner exemplifies the growing involvement of foreign suppliers in U.S. manufacturing: 70 percent of the Dreamliner’s parts are sourced from 50 suppliers located in 9 countries. Meanwhile, during the last U.S. presidential election, we saw a backlash against international trade.  Research, too, documents negative effects of increased trade integration: it argues that increased Chinese import penetration has harmed U.S. manufacturing employment and wages.  Most of this evidence comes from trade in final goods.

But how do we analyze the phenomenon of firms increasingly sourcing intermediate inputs? The most widely used model of firm-level trade (cf. Melitz, 2003) studies the decision of exporters: firms selling directly to final consumers. It is not straightforward to adapt this model to analyze foreign sourcing, in which trade relationships are often initiated by importers. This is for the simple reason that the model assumes that the cost of producing one unit of output does not change, regardless of the number of countries to which it exports or the total amount that it sells. But in reality, a firm chooses to import precisely because it seeks to lower its production costs; as a result, the decision to import from one country affects whether and how much the firm will import from other countries. Foreign sourcing decisions are therefore interdependent across markets, making a model about importing much more complicated to solve theoretically and to estimate empirically.

A firm chooses to import precisely because it seeks to lower its production costs; as a result, the decision to import from one country affects whether and how much the firm will import from other countries.

We start by studying the value of inputs that a firm will import from foreign countries, taking the set of countries from which it imports as given.  Building on the approach in Tintelnot (2017), we provide a simple formula for firm profits, in which production costs are decreasing in a firm’s sourcing capability, which itself depends on the set of countries from which a firm imports, as well as those countries’ characteristics.

We show that whether source countries are substitutes or complements depends on two parameters: how much a firm is likely to lower its costs by adding another source country and how sensitive consumers are to changes in price. Using 2007 Census data on U.S. manufacturers’ mark-ups and import shares, we estimate values for these two parameters and find firms’ sourcing decisions to be complementary.  In other words, if a firm is already sourcing from more, and/or high cost-saving countries, the change in profits from adding another country to the set of countries from which it imports will be higher. This case with complementary sourcing decisions delivers results on how the number of countries from which a firm imports relate to its size and productivity. For instance, we demonstrate that our model rationalizes the stylized fact illustrated in Figure 1 using U.S. data: not only that importers are larger than non-importers, but also that their relative size advantage is increasing in the number of countries from which they source.

Figure 1. Sales Premia and Minimum Number of Sourcing Countries in 2007

Our quantitative analysis enables us to identify the fixed cost of sourcing from a country separately from the country’s “sourcing potential”—the potential per-unit cost savings for firms that import from the country, a metric that depends on technology and trade costs. We solve the firm’s problem and estimate the model structurally by applying an iterative algorithm developed by Jia (2008), which exploits the complementarities in the “entry” decisions of firms. We estimate that the fixed costs of sourcing, which range from a median of 10,000 to 56,000 USD, are around 13 percent lower for countries with a common language.

We estimate that the fixed costs of sourcing, which range from a median of 10,000 to 56,000 USD, are around 13 percent lower for countries with a common language.

Next, using estimates of the fundamental parameters of the model, we study the implications of an increase in China’s sourcing potential (perhaps due to a reduction in bilateral trade costs between these two countries) calibrated to match the observed growth in U.S. sourcing from China between 1997 and 2007. We show that, consistent with other quantitative models of trade, such a shock tends to increase import competition from China, decrease the equilibrium industry-level U.S. price index, and drive some U.S. final good producers out of the market.

A range of U.S. firms is induced to select into sourcing from China, and we find that these firms on average increase their input purchases not only from China, but also from the U.S. and other countries.

An important distinction between the analysis here and past work, however, is that this increased competition is a result of some U.S. firms’ lowering their per-unit production costs and therefore their prices.  As in other work, the net result of these forces is a marked decrease in U.S. domestic sourcing (and U.S. employment in that sector). But unlike in prior work, the net decline here masks the existence of significant heterogeneity in how the shock affects the sourcing decisions of firms at different points in the size distribution. More specifically, a range of U.S. firms is induced to select into sourcing from China as a result of the shock, and we find that these firms on average increase their input purchases not only from China, but also from the U.S. and other countries.

Figure 3 shows that these heterogeneous responses in turn result in rich effects on the size distribution of firms, with small and medium firms shrinking and large firms expanding as a result of the China shock.

Figure 3. Changes in the Size of Firms

The existence of gross changes in sourcing that operate in different directions is a distinctive feature of our framework and does not arise in the absence of fixed costs of offshoring or whenever entry decisions are independent across markets.

To conclude, we compare the model’s counterfactual predictions to the observed changes in U.S. manufacturers’ sourcing from the U.S. and third markets between 1997 and 2007. We first show that the qualitative patterns predicted by the model are evident in the raw data. Firms that begin importing from China over this period grow their domestic and third market sourcing the most, continuing importers have smaller but still positive sourcing changes, and firms that never import from China shrink their domestic sourcing and increase third-market sourcing by a substantially smaller amount than both new and continuing China importers. To ensure that the patterns observed in the raw data are not driven solely by firm-specific demand or productivity shocks, we construct a plausibly exogenous firm-level shock to Chinese sourcing potential in the spirit of Autor et al. (2013) and Hummels et al. (2014). The results show that exogenous increases in firm-level imports from China do not decrease domestic and third market sourcing –as might be expected in a world with no interdependencies in sourcing decisions– but instead are associated with increased firm-level sourcing from other markets.

The findings from our research have implications for the policy debate on trade.  Current proposals focus on promoting U.S. exports, while also introducing new tariffs to impede imports.  In practice, however, a large fraction of U.S. exports are produced by firms that import inputs.  Our theory shows how this ability to import inputs allows firms to lower their prices, which in turn makes them more competitive, both at home and abroad.  As a result, impediments to U.S. firms’ imports would raise importers’ production costs, making it harder for them to export. This is particularly relevant for debates about NAFTA, because of geographical production chains that span national borders within North America.