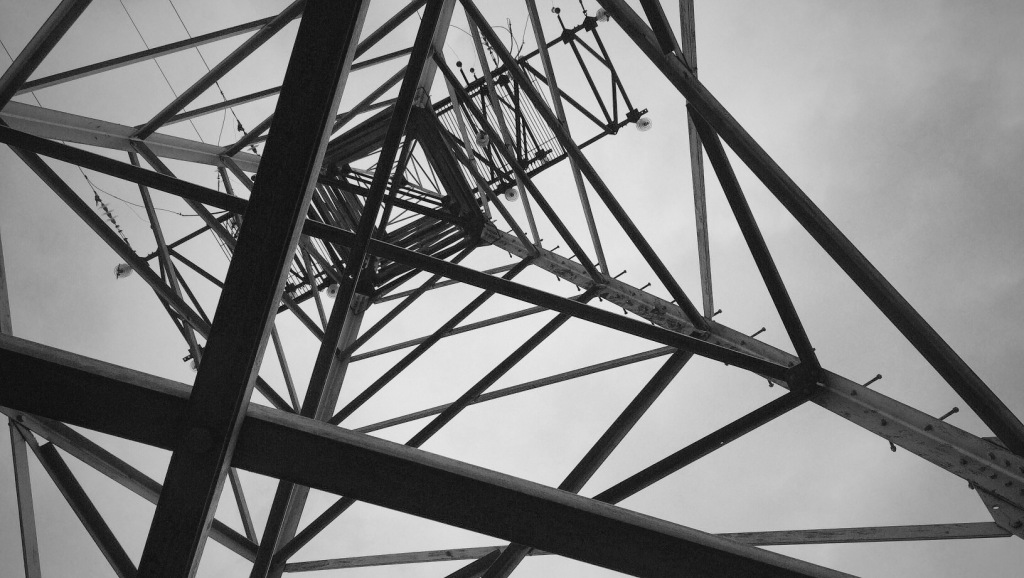 "Low angle view of electricity pylon against sky," by Uva Rova used under CC BY 2.0. Desaturated with colour filter from original and cropped.

Most of us are familiar with longstanding problems of crumbling infrastructure –whether it is failing roads and bridges, or old electricity lines that lead to power outages. And we often hear bureaucrats and newly elected politicians promising to fix these problems with new infrastructure investments.

But how much do we really trust these promises? And if citizens cannot fully trust them, should private firms, whose investments depend on future public policies, be expected to trust them? More generally, how and by how much does politics matter in the regulation of infrastructure management?

Our research analyzes the influence of politics on infrastructure investment and management, focusing on the distribution of electric power in the United States. We explore the interaction between the political ideology of regulators and two types of inefficiency in regulation: ‘time inconsistency’ (where regulators are unable to make credible long-term policy commitments); and ‘moral hazard’ (where utilities lack the incentives to reduce costs).

Time inconsistency in this sector is generally termed ‘regulatory holdup’. It works like this: imagine a regulated utility that is considering a big investment, such as burying power lines in an area.

Utilities are cautious about investing in big projects when their returns depend on future regulated prices.

From an ex ante point of view, regulators may want to promise a stream of high rates of return in order to encourage investment by electric utilities to improve the reliability of power distribution.

But once the investment is made and is therefore a sunk cost, the regulators may be tempted to reduce the regulated electricity price to benefit consumers. If electric utilities anticipate this dynamic and if there is no legal commitment device available, the utility would not make a significant investment in the first place. This dynamic leads to under-investment: some investments that are worthwhile may not be undertaken because the regulator cannot commit to a future regulated rate of return that would make the investment worthwhile for the utility.

The primary manifestation of under-investment in the electricity distribution system is power outages. Figure 1 shows outage rates in European countries compared with the United States. The system-average interruption duration index (SAIDI) has been around 145 minutes in the United States in recent years; in most European countries, SAIDI has been much lower. Of course, the terrain and weather on the two continents are different, so this comparison is confounded by other factors.

Figure 1: Rates of power outage in European countries compared with the United States

Another way to diagnose under-investment is to compare the costs and benefits of investment. Our research pursues this approach. We measure a relationship between capital investment and power outages using historical data. This relationship gives us the cost side of the cost-benefit analysis: how much does it cost in investment to reduce outages by a certain amount?

We then compare that cost to benefits from having fewer power outages. We rely on survey measures of losses to businesses to estimate the benefit side of the cost-benefit analysis: how much does reducing power outages by a certain amount benefit society (through avoided losses from outage)?

The moral hazard problem on which we focus concerns the degree to which utilities take actions to reduce costs. Electric utilities lose approximately 7% of electricity that they procure to technical line losses. In principle, utility managers can exert effort to reduce this energy loss. They can procure electricity from sources that are closer to final users and employ high-quality systems engineers with appropriate incentives.

But the regulatory regime is set up in a way that discourages such managerial efforts. In the United States, the regulatory convention is to grant near full pass-through of input electricity costs to the consumers. Under this regime, utility managers have no incentives to exert efforts that will reduce the cost of input electricity. Regulator ideology interacts with this moral hazard problem by influencing regulators’ monitoring behaviour, which in turn is linked to the pass-through rate in practice.

Our research provides empirical evidence on the influence of regulator ideology on the rate of return adjudicated, the level of investment, the reliability of the service and extent of energy losses. In many states, public utility commissions (or PUCs, the relevant regulatory institutions) have frequent turnover of their members, which creates variation over time to study the influence of regulator ideology on regulation.

Figure 2: The state of Michigan as an example of variation in the partisan composition of a public utility commission

Regulator ideology interacts with the problem of time inconsistency by directly influencing the rate of return adjudicated on utilities’ capital investment. We find that PUCs with a large share of Republicans tend to adjudicate a significantly higher rate of return. In an environment where utilities anticipate high rates of return, they tend to make more investments, which in turn leads to better reliability. Thus, conservative regulator ideology mitigates the under-investment problem due to time inconsistency.

On the other hand, we find that utilities incur a significantly higher level of energy losses when the PUC has a large share of Republicans. This suggests that conservative regulators are slacker in monitoring how utilities behave, which in turn leads to less effort for cost-saving through reducing technical line losses.

Modeling the relationship between utilities and regulators

To tie these empirical relationships together and explore alternative regulatory designs, we specify an economic model of the regulator-utility relationship using data for the period from 1990 to 2011. The computational model features forward-looking and strategic utilities seeking to maximize their profits, interacting with regulators seeking to keep prices low for consumers but lacking the ability to commit to promises about prices in the future. Conservative regulators differ from liberal regulators by how much they care about keeping prices low for consumers.

To estimate the model, we search for model parameters that make the predictions for observable relationships (such as the average level of capital investment) as close as possible to the data.

We simulate several policies that would mitigate inefficiencies due to time inconsistency, moral hazard and the influence of political ideology on regulations. In a scenario in which regulators can fully commit to rates of return conditional on utilities’ capital level, the value of utility capital increases by about 60% and outages decrease by 18%. Moreover, the improvement that can be attained by having the most conservative regulators is comparable to approximately half of such improvements.

Some states have altered their regulatory system to cope with under-investment in capital. For example, the state of Illinois passed the Energy Infrastructure Modernization Act (EIMA) in 2011. This act bypassed, via legislation, the standard regulatory rate-setting process to authorize $2.6 billion in capital investments by Commonwealth Edison (ComEd), the electricity distribution utility for the Chicago area. One of the stated goals of these investments was to reduce power outages by 20%.

Our analysis finds that investment by utilities in Illinois rose relative to surrounding utilities following the EIMA. ComEd describes the purpose of the legislation to ‘bring greater stability to the regulatory process to incent investment in grid modernization.’

To quantify the effect of moral hazard, we simulate another scenario where regulators are obliged to set pass-through rates to eliminate energy losses. Such a situation is costly for utilities due to the extra managerial efforts they need to exert. But the improvement in consumer welfare outweighs the cost borne by the utilities. Thus, making regulators’ audit practices more stringent would improve social welfare.

In some industries where there is a natural monopoly, the government relies on private firms to invest in and maintain infrastructure, but controls the prices for consumers. Such regulation may be better than no regulation at all, but the design of the regulatory institutions requires care. When the nature of an investment involves large sunk costs, such as burying power lines, utilities will act cautiously before investing as their ability to earn a return on their investment depends on future regulated prices.

Our research suggests that such under-investment dynamics are at play in the United States. Furthermore, the political ideology of regulators also plays a role in outcomes. More Republican regulators tend to grant higher rates of return to utilities but are slacker in monitoring their cost reduction efforts. Higher returns through more conservative regulators help to reduce under-investment in infrastructure, but they come at the cost of more technical line losses.