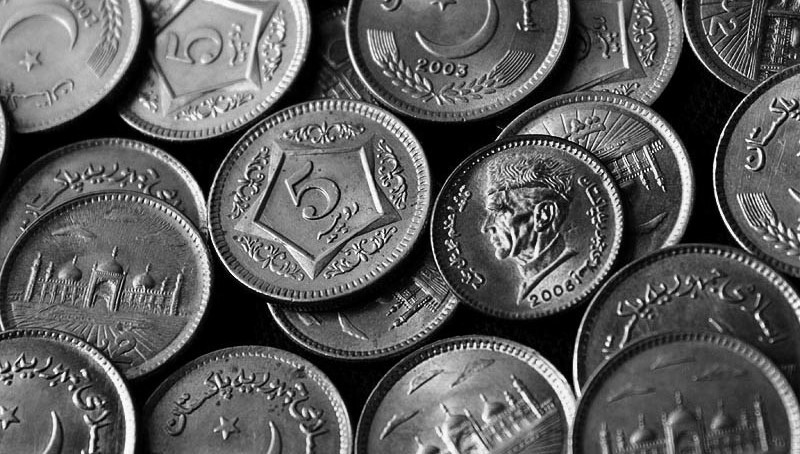 Tax collectors in developing countries collect far less tax revenue as a share of gross domestic product than tax collectors in higher income countries. In many of these developing countries, tax officials have discretion in assessing, enforcing, and auditing taxes. In addition, they earn relatively low wages with fewer rewards for good performance, allowing for the possibility of collusion with taxpayers. In the case of property taxes, officials may accept payments in exchange for leaving properties off the tax rolls, granting inappropriate exemptions, or assessing properties at a lower rate, all of which lead to lower revenues for the state.

In the past, governments ranging from the Roman Empire to the 19th century United States have sold rights to collect taxes to “tax farmers,” who kept a portion of the revenue they collected. These schemes aimed to reduce collusion and increase receipts by aligning the state’s and officials’ interests but were generally unpopular with taxpayers.

While most countries have salaried tax officials who receive no incentive pay, in recent years, countries such as Brazil, Pakistan, and Peru are considering the use of incentives for tax officials to improve compliance and raise revenues for the state. This is referred to as “performance pay,” and the hope is that tax officials will raise collections if given a share of the new revenue they produce. However, this practice could lower taxpayers’ morale and increase extortion or informal side payments as tax collectors put more pressure on taxpayers.

The hope is that tax officials will raise collections if given a share of the new revenue they produce.

Our evidence shows that this is often the case. Tax officials in Punjab, Pakistan, generated additional revenue for the state when their performance was linked to their pay by adding previously untaxed properties and also by reassessing a small number of properties that had higher, taxable values than previously reported. The average property continued to pay lower taxes, while the quantity and frequency of bribes between taxpayers and tax officials increased. So while the tax collectors generated more revenue for the state through reassessing high-value properties, the average property owner paid higher bribes to tax collectors to keep the valuation of their properties low.

There has been relatively little initiative in developed countries for enacting a performance pay system similar to the one used in our study because they already have in place well-functioning civil service systems, reliable financial and administrative data, and third-party verification methods (Gordon and Li, 2009; Kleven et al., 2011). The perceived benefits for developed countries are outweighed by the costs. But in developing countries, where tax inspectors are poorly compensated, corruption is considered rampant, and there is limited and only partial administrative and third-party data to draw on (e.g., Carillo, Pomeranz and Singhal, 2014), this tradeoff is not as obvious. Yet until now, there has been little rigorous evidence of the tradeoffs developing country governments face between increased revenue from incentives and the political costs that may occur as a result of a disgruntled citizenry.

To fill this gap in evidence, we conducted a two-year randomized evaluation of incentive schemes for tax officials in Punjab, Pakistan, in conjunction with the Center for Economic Research in Pakistan (CERP) and the Punjab Department of Excise and Taxation.[i]

Punjab is Pakistan’s most populous province and exhibits the conditions we aim to study—property tax collection in the province is approximately a fifth of the level of comparable countries due to a narrow tax base, widespread tax evasion, rent-seeking among tax collectors, distrust in public institutions and weak administration.

Punjab collects taxes by “circles,” geographic units with a few thousand properties each. In each circle, a team of three tax officials determines each property’s tax liability and sends an annual tax bill to the owner. Similar to other developing economies, tax officials in Punjab earn modest salaries determined by salary band and length of service—wages are not tied to performance.

Similar to other developing economies, tax officials in Punjab earn modest salaries determined by salary band and length of service—wages are not tied to performance.

Tax rates depend on location and usage; the level of facilities and infrastructure in the area; residential, commercial, or industrial status; and whether the property is rented or owner-occupied. Tax collectors can easily reclassify properties within these categories, with substantial effects on the tax rate. For example, owner-occupied properties are taxed at a tenth of the rate of rented units. In this system, officials may accept side payments in exchange for lowering owners’ tax burdens by incorrectly assessing properties.

In collaboration with the Punjab Department of Excise and Taxation, we jointly designed interventions that were assigned through public lotteries to 483 tax circles, with each circle assigned to one of three performance pay incentive schemes or to a comparison group that did not have performance pay incentives. The performance criteria for the schemes ranged from objective (simple calculation using revenue growth) to subjective (incorporating variables like customer satisfaction and manager ratings).

We found that performance pay for tax officials significantly increased total revenue collected. Over two years, the revenues for groups without performance pay grew at a rate of 28 percent, while pay incentives led to a 46 percent higher growth rate (or 13 percentage point increase) in revenue for the state. Perhaps more surprisingly, we found considerable heterogeneity, or diversity, across properties, with the revenue increase driven primarily by the inclusion of previously untaxed properties and the reassessment of a small number of properties.

In fact, officials in treatment circles added or reassessed 83 more properties than those in comparison circles, an 86 percent increase from the 96.7 properties assessed in circles without incentive pay. Site visits suggested that tax inspectors were aware of the location and tax status of newly added properties before the intervention: two-thirds of these properties were within 500 meters of a property which reported having been visited by the collector, and a third were more than five years old. It is likely that performance incentives caused tax officials to strategically add these properties to the rolls.

The average property continued to pay lower taxes but increased the quantity and frequency of bribes paid to tax collectors. Taxpayers in treatment circles reported the going rate of side payments to be PKR 594 (US$6) higher than taxpayers in comparison areas, a 32 percent increase from an average of PKR 1875 (US$19.34) in the comparison group. This suggests that performance pay may have allowed tax officials to renegotiate for higher collusive payments from most properties while collecting more revenue from the small number of reassessed properties. The intuition behind these results is that performance pay increases the “outside option” for tax collectors in making non-payment more costly for them while bargaining with taxpayers. For collusion to continue, tax collectors need higher side payments or bribes; but when bargaining breaks down, taxpayers get formally reassessed and end up paying more taxes. For the majority of properties, therefore, performance pay does not increase tax collected. Rather it induces a transfer from the taxpayer to the tax collector.

For the majority of properties, therefore, performance pay does not increase tax collected.

However, we find that performance pay schemes offer a financially and politically feasible way to boost government revenues when tax collectors reassessed higher valued properties. Moreover, introducing performance incentives even for short periods of time may help governments expand their tax bases, since tax collectors often know the true taxable value of properties within their areas. Even so, our analysis reveals that this increase in revenues comes at the cost of higher bribes for the majority of taxpayers, and these might be extracted inconsistently (for example, politically connected households may reach a more favorable bargain than would similarly valued but unconnected properties). A further concern is that heterogeneous taxation might distort the allocation of resources and economic activity.

Unlike developed countries where tax-collecting institutions are already sufficiently strong, developing countries may consider using performance incentives to expand the tax base. Our results offer evidence on the benefits and, perhaps more surprisingly, on the unanticipated costs of such schemes.

[i] The project received financial support from 3ie, the International Growth Centre, and the National Science Foundation. 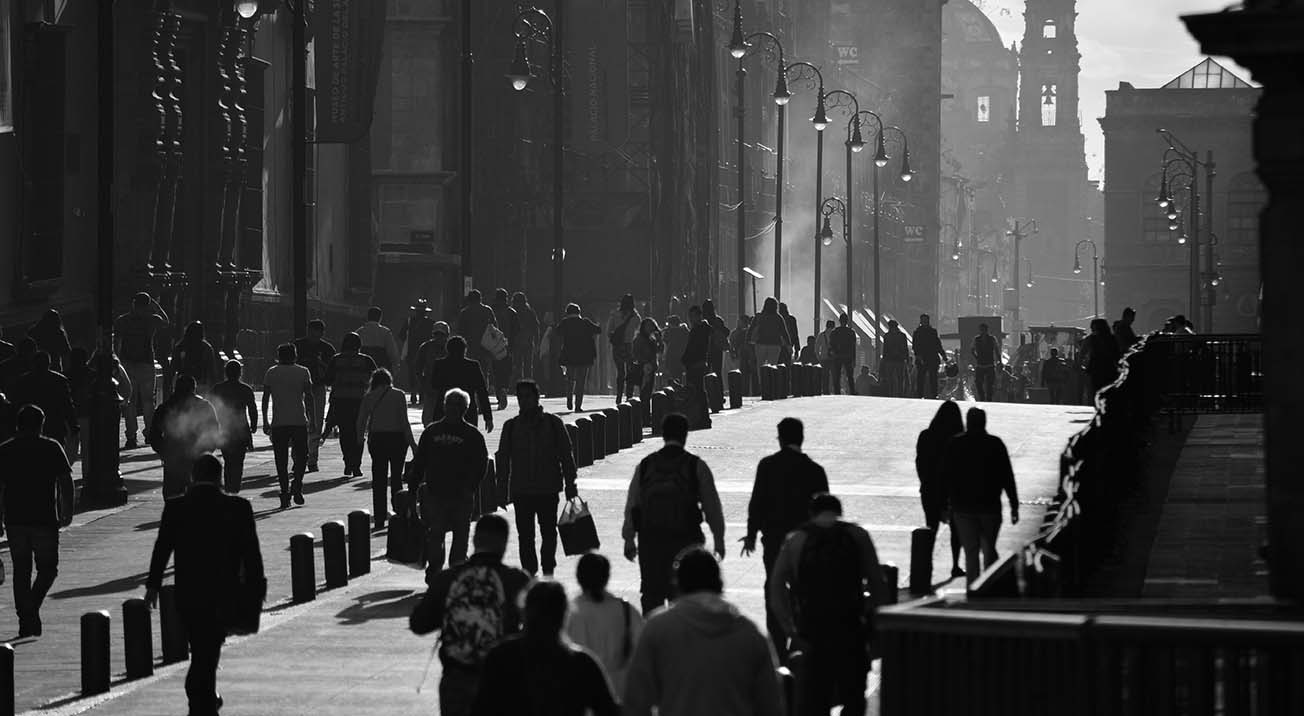 Cash transfer programs have become increasingly popular in developing countries over the past twenty years. Recently, World Bank researchers have documented a dramatic expansion of such programs to address the Covid-19 crisis. The reason for the popularity of these programs is that they have proved successful at alleviating poverty in both the short run, by […]